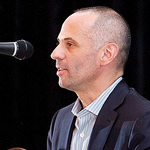 Larry Braitman has  been investing, advising, and accelerating the growth of early-stage companies since 1997. He’s now a Venture Advisor at Founders Space.

With Rick Thompson, he co-founded Flycast Communications, where Braitman served as EVP of Business Development. Flycast created the first-ever banner advertising network targeting direct-response buyers. Flycast went public in 1999 raising $75 Million and then sold in 2000 in a deal ultimately worth $2.2 Billion.

After Flycast, Braitman co-founded Adify with Rick Thompson and Russ Fradin. At Adify, Braitman served as Chairman of the Board from 2006 – 2008. Adify provided the technology and back office services enabling media companies to build and manage custom online ad networks.  Adify sold in 2008 to Cox Enterprises in a transaction valued at $350 Million.