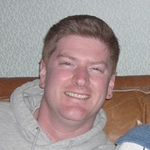 John Boitnott is a writer for Venture Beat, the Atlantic Wire, Beyond Search and Media Post. He’s also a digital media consultant. He worked as the Social Media Manager for Village Voice Media, and now consults with a wide range of startups.

John has also held dozens of positions at various TV newsrooms in the state of California. He worked in TV news from 1994 to 2009. He was a web editor for two years at KNTV, the NBC station serving the San Francisco Bay Area. He also held freelance writing positions at KGO, KRON and KPIX. In addition, he was a radio anchor, assignment desk manager, reporter, editor and producer at KEYT.