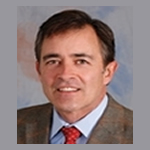 Mr. Sullivan is a contributor to Venture Capital & Public Offering Negotiation (Aspen Law & Business). He has been named in Best Lawyers in America for 2011 for Corporate Law, ranked as a leading lawyer in the 2010 Legal 500 USA in the category of Venture Capital and Emerging Companies and his work as a corporate attorney is highlighted in the 2007 Corporate and Finance version of the Legal 500 USA edition. He is also recognized as a Northern California Super Lawyer from 2006 through 2008 by Law & Politics.