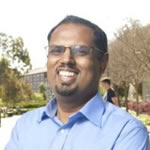 Sumeet Jain is an Investment Director at Intel Capital. He joined the firm in 2013. At the Intel Capital, Mr. Jain focuses on the consumer Internet, mobile enabled consumer services and products, and virally distributed software investments. He serves as an Observer of Pixazza and Blekko. He was a Board Observer of Luminate and LiveOps.

He served as a Partner and Principal, Information Technology at CMEA Capital. At CMEA, he was involved in disruptive technology companies including software, consumer Internet and digital media investments and invested in companies such as AWR, Blekko, Intermolecular, Pixazza, and Schooner. He joined CMEA Capital in 2008 as a Senior Associate in its Technology group and focuses on software, consumer Internet and digital media investments.

He has 11 years of companies building experience. He also co-founded Film Angels. He was employed at Personify. He served in senior positions at iManage Inc., where he led sales and business development. He began his career with Andersen Consulting (Accenture), where he worked on strategy for companies in Andersen Technology Ventures portfolio. He served as an Investment Banker at Goldman, Sachs & Co. in the Technology, Media, and Telecom Group.

He served as Director of VeraLight Inc. His general interests include Data Driven Consumer Experiences, Innovative Ecommerce, Marketplaces, Wearable Technologies & Internet of things, Marketing Services, and lightweight SaaS software. Mr. Jain holds an M.B.A. in Entrepreneurial Management and Finance from the Wharton School of the University of Pennsylvania and a B.S. in Electrical Engineering and Computer Science from Cornell University.