The NFT Explosion: Fortune, Fad, or the Future? 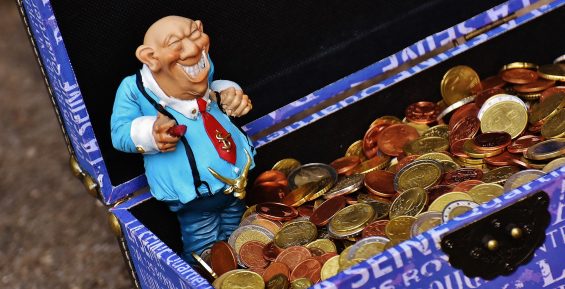 For those of you who don’t already know, an NFT is a non-fungible token on the blockchain. Unlike cryptocurrency, NFTs are non-fungible, meaning each one is unique. In other words, they are crypto collectibles. They’re similar to trading cards, stamps, and other tangible collectibles, only they are purely digital.

The craze took off with Cryptokitties, a game where people purchase cute little NFT cats and breed them online. This passing fad raked in $40M in sales. Then came Crytopunks, which are pixelated avatars of punk rockers. A thousand were released, and a single pixelated punk sold for $2 million not long ago. After that came NBA Top Shot, which lets anyone buy and sell video clips of basketball stars making shots. This simple app is bringing in hundreds of millions of dollars.

If that’s not strange enough, Jack Dorsey just auctioned off his first tweet as an NFT, and the bids went into the six figures. Another example is the digital artist Beeple, who created a video clip and uploaded it to the blockchain as an NFT. Some lucky (or smart) person purchased it and just resold the for $6.6 million. Grimes jumped on the bandwagon, unloading $6 million worth of digital art. After that, a Bleeple JPG image went up for auction at Christie’s and fetched over $60 million. OMG!

NFTs can be one of a kind or they can be released in batches of hundreds or thousands. Naturally, the scarcer they are and the more value people attach to the asset, the more they’re worth. As you can imagine, star power and the stories play a big role in the success of NFTs.

So, are these nifty tokens worth a fortune, or are they a passing fad? The answer is both. They are worth whatever someone pays for them, as long as someone is willing to pay. Most of these will likely suffer the fate of many Altcoins and wind up worth far less than people paid. However, a few of these will hold their value, like Bitcoin, and even increase exponentially over time.

They’re very similar to the type of virtual goods you see in games. A digital magic sword or suit of armor can sell for a ridiculous amount in hit games, then a year later, if the game declines in popularity, that same virtual item can be worth next to nothing. It all comes down to the passion of the fans, the power of the story behind the asset, and the longevity of the community.

Are NFTs here to stay? They’re clearly overhyped right now, but we’re just in the early days of the blockchain. NFTs have a clear role to play, not only in the future of online gaming but in other ecosystems that have strong fan bases and active communities. As the blockchain evolves and society and commerce continue their seismic shift online, NFTs will find other uses. They may become the standard way that all of us buy, sell, trade, and collect digital assets, taking advantage of smart contracts on the blockchain.

Lastly, is an NFT a good investment? That’s another story. If you have extra money to gamble, go ahead and purchase a few. You may just wind up striking digital gold. Or, if you want a more surefire path to riches, try selling digital picks and shovels.