What are the tax implications in California between an LLC and a Corporation? 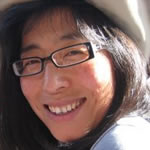 And here’s an excerpt from “3 minutes version” that summarizes the differences, which might be helpful to you:

You should, however, be aware that forming an LLC might subject your business to additional state taxes. Certain states (California for instance) subject LLCs to “franchise taxes” in addition to a typical income tax.

S-Corporations have the ability to provide some tax savings as a result of the fact that profits from an S-Corp are not subject to Self-Employment Tax. However, before you’re allowed to distribute any profits, you are required to pay any owner-employees a “reasonable salary.” This salary will be subject to social security and Medicare taxes (which total the same amount as the Self-Employment Tax). As such, the tax savings only take effect once the business has a pretty sizable income.

Also, you should be aware that S-corporations are significantly more complicated from a tax and legal standpoint than LLCs. So if you form an S-corp, know that you’re going to be spending a great many more billable hours with your accountant/attorney.

Unlike most other business structures, C-corporations are taxable entities. This means that the corporation itself is taxed on its income (as opposed to other structures which simply pass the income along to the owner(s), who are then taxed on it).

If you don’t plan to distribute all of the profits from your business, you might benefit from forming a C-corp and utilizing a strategy known as “income splitting.” The idea is to split the business’s income so that part of it is taxable to the corporation and part of it is taxable to the corporation’s owner(s), thus putting them each in a lower tax bracket than they’d be in if either one was earning all of the income.

The big disadvantage to C-corp taxation is that distributions of profits (known as “dividends”) are subject to double taxation. In other words, the corporation is taxed once on its income, and then the shareholders are taxed upon any dividends they receive.

Also, like S-corporations, C-corporations are more complicated from an accounting/tax/legal standpoint than sole proprietorships, partnerships, or LLCs. As such, C-corp owners tend to incur fairly high legal and accounting costs.

Regarding the tax differences between LLC and S Corp, BusinessKnowHow offers the following information:

Pass through: Profits and losses pass through the corp and reported to the individual tax return of shareholder (same as partnership and LLC)

Corporate Losses: losses in the corporation can be deducted from the individual tax returns of the shareholder thereby allowing them to offset other sources of income such as their W-2 income.

Pass through: Profits and losses pass through the LLC and reported to the individual tax return of shareholder (same as partnership and Corps).

Self-Employment Tax: LLC members must pay self-employment tax on all income from the LLC.

LLC Losses: losses in the LLC can be deducted from the individual tax returns of the member thereby allowing them to offset other sources of income such as their W-2 income.

Franchise Tax: Must pay first year minimum annual tax of $800, and is due 75 days after formation and every year thereafter. Annual franchise tax is greater if total reported income is greater than $250,000. See http://www.ftb.ca.gov/forms/06_forms/06_3522.pdf.

Distribution of Profits and Losses: It is flexible since an LLC allows you to decide what share of the LLC profits and losses each owner will receive.

About the California specific tax issue, here’s an excerpt from Wikipedia on S Corporation:

S-corporations pay a franchise tax of 1.5% of net income in the state of California (minimum $800). This is one factor to be taken into consideration when choosing between a limited liability company and an S-corporation in California. On highly profitable enterprises, the LLC franchise tax fees, which are based on gross revenues (minimum $800), may be lower than the 1.5% net income tax. Conversely, on high gross revenue, low profit-margin businesses, the LLC franchise tax fees may exceed the S corp net income tax.

You may also want to read up on Tax Differences Between LLC and S Corporation and another article at PowerHomeBiz.  You may find this excerpt from PowerHomeBiz article helpful:

One might assume that these savings could be further manipulated by reducing the salary to an extremely low amount and attributing the rest of one’s earnings to distributions—but this would be an incorrect assumption. In practice, the IRS is careful to notice whether a salary is reasonable by industry standards. If it determines a salary to be unreasonable, the IRS will not hesitate to reclassify distributions as salary.

Still, while the potential employment tax savings may make the S corporation an attractive structure for your business, bear in mind that you would then have to deal with all the paperwork associated with payroll tax. The payroll tax is a pay-as-you-go tax that must be paid to the IRS regularly throughout the year–on time, or you will incur interest and penalties. The paperwork alone can be an overwhelming task for someone who is not familiar with this; and if you expect to incur losses or otherwise experience a cash flow crunch during the year that would hinder you from paying the payroll tax when due, this could present a problem.

Owners of LLCs pay their self-employment tax once a year on April 15 when income taxes are normally due. Income tax filings are also relatively easy for the owners of an LLC: A single-member LLC files the same 1040 tax return and Schedule C as a sole proprietor; partners in an LLC file the same 1065 partnership tax return as do owners of traditional partnerships.
There is no one, magical entity that works for everyone. A CPA or a specialized tax attorney can assist you in choosing the right structure for your business. The important thing is to consider the operational, legal and tax aspects of each structure as they apply to your unique situation.

*For those who prefer the tax treatment of an S corp but like the simplicity of an LLC, there is an alternative worth considering: Forming an LLC that is taxed as an S corp. An LLC may make a special election with the IRS to be taxed as an S corp. This election is made on IRS Form 2553 and must be filed with the IRS before the 16th day of the third month of the tax year in which the election is to take effect.

A word of caution: Certain nuances of S corp taxation can be confusing to some LLC owners, especially do-it-yourselfers and/or those who prepare their own tax returns; for example, an LLC owner might easily make the mistake of referring to an IRS publication that addresses LLCs when, in fact, such a publication would not apply to an LLC that is taxed as an S corp–and such an error could lead to negative tax consequences. It is therefore highly recommended that you consult a CPA or other qualified tax professional for advice and/or assistance.

Note: Before making any business decisions based on information on this site, it is your responsibility to check with your counsel or professionals familiar with your situation.

Tip: Consider using a filing service such as Legal Zoom where they file all the documents with the state, get your record book, and more.