Does timing of filing an assignment document have a substantive effect on patentability? 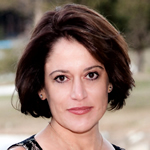 Conclusion First:  The case discussed below sets the UK standard in clarifying that an applicant claiming a right of priority must be entitled to do so at the date that the priority claim is made.  Any claim to priority made by a party not entitled to do so may contribute to the invalidity of the patent.

It is therefore critical that any assignment document which is necessary to transfer the rights in a priority application or to assign the right to claim priority is dated before the Applicant company makes a priority claim.

Under the U.S. Patent Law, the requirements for having an “effective filing date” for a filed application do not include the filing of an Assignment. Often, assignments are prepared and filed after the application is filed and most often, in the case of provisional applications, they are not filed at all (bad mistake for many reasons).

The requirements for filing a non-provisional utility patent applications in the U.S. include:

Therefore, typically executing and recording assignments are not thought of as having “hard deadlines” and when rushing to file an application which claims priority from an earlier filed application (usually a provisional application), it is easy for U.S. practitioners, clients and inventors to delay preparing and filing of assignments in order to minimize efforts and delay associated costs, since filing assignments is not considered to have a “hard deadline” or be required for filing a patent application.

Many inventions are made by employees or contractors within the scope of their engagements. A corporation typically obtains ownership of an invention, and any corresponding patent applications and eventual patents, through assignments (signed documents that evidence transfers of ownership) from individual inventors to the corporation. Some employment or consulting contracts obligate inventors to sign such assignments. However, absent clear contract language or a signed assignment, legal presumptions about the ownership of intellectual property (“IP”) may vary from state to state and between the U.S. and other countries.

A recent decision from a U.K. patent court, Edwards Lifesciences AG v Cook Biotech Incorporated, warns of the consequences of such practice especially when multiple inventors are involved (this is aside and in addition to other potential issues such as “uncooperative inventors” down the line).

Edwards argued that Cook’s priority claim was not valid since Cook did not own the rights in the invention (made by at least two of the inventors), when the PCT application was filed and the priority claim was made (i.e. they had no entitlement to claim priority at the date that they did so).  Cook argued that the relevant issue was that by the grant date of the European patent, all rights had been assigned to Cook and thus Cook was entitled not only to be granted the patent, but also a valid priority claim.

The Judge concluded that under the provisions of the Paris Convention (and corresponding provisions of the Act, the EPC and the PCT) an Applicant must be entitled to claim priority at the time that they do so.  It is not enough to subsequently acquire title to the invention.

In the light of the Judge’s decision that the priority claim was invalid the intervening document became citable art and some claims of the patent were found to lack inventive step over the cited art, thus invalid.