What are the rules for using photos in a humorous news/parody site?

We’re launching a website that will use photographs of celebrities, politicians and other public figures. The photographs will be used in parodies, satires and humorous videos of these public figures. (1) Are we allowed to do this without getting in trouble with the celebrities/politicians? (2) Are we allowed to use any photographs we find online (fair use) or do we have to license the photos from somewhere? (3) What’s the best place to get these photographs from? Can we just get the photos from news sites like CNN.com and FoxNews.com? 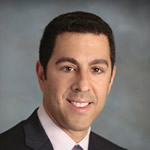 There unfortunately are no black and white “rules” regarding the use of third party intellectual property (IP) rights, online or elsewhere. Each proposed use must be analyzed on a case-by-case basis, and the analysis can be complicated.  That said, there are some general principles that can be helpful in considering whether a proposed use of IP might be allowable.  It is first important to recognize the various types of rights embodied in a photograph.  The photo itself is likely a copyrighted work belonging to a third party (usually the photographer, unless the photo is a “work for hire”). If the subject of the picture is a person, then the subject may also have legal rights at stake–for instance, the right of publicity and the right of privacy, to name two. Unauthorized use of a photo of a famous person could potentially violate the copyright of the photographer and the right of publicity or privacy of the subject.  The “fair use” doctrine allows the use of copyrighted material for commentary, criticism, news reporting, research, teaching and other purposes that are presumed to serve the general public interest.  Courts have been willing to extend the fair use protection to parodies in certain cases as well, but the scrutiny will be higher in those cases.  Generally speaking, using images of celebrities or other public figures in a news- or parody-oriented site is probably going to be okay, but there are no guarantees.  Celebrities and politicians are notorious for suing publications and web sites even when the use in that specific instance qualifies as fair use. So keep it on the humorous side and stay away from mean-spirited or humiliating commentary.  Regarding the specific pictures themselves, you should look for pictures in the public domain or source them from Getty Images or some other clearinghouse.