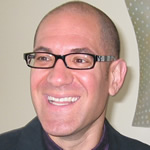 by Steve Hoffman, Creator of Yumby

After doing extensive research and interviewing industry experts, I’ve compiled a list of what you need to do to launch and market a successful mobile app on the iPhone, iPad and Android.

How to Get Your App Featured & Ranked

Nothing can compare with getting featured by Apple. If you get featured by the App Store, sales will spike.  The problem is that getting featured is increasingly difficult.  Not only do you need a great app, but your icon must be beautiful, your screenshots must look great, and your description must grab the reviewers attention.  And it doesn’t hurt to have bloggers talking about your app in advance. This is probably the most important thing you can do to get Apple’s attention.

Countless good apps have been passed over by Apple simply because of their icon. If you’re lucky enough for the person at Apple reviewing your app to make it past your icon, then you still need to keep from losing the reviewer every step of the way.  This means every single element in your app has to work flawlessly.  If there’s a single step where the reviewer becomes confused, frustrated, or simply doesn’t like something, you’ve lost your chance for the single most important marketing opportunity your app will ever have.

Practically nothing you can do will even come close to generating as many downloads as getting featured by the App Store.  This is a sad but true fact.  For most independent developers, this is their one and only hope of making money.  And keep in mind, everything you do counts.  The reviewers at Apple even examine your past track record, so if your previous apps didn’t perform well, your chance of getting featured is significantly lower.

Okay, so let’s say you don’t get featured.  The next best thing is to get highly ranked in the App Store.  That said, getting a new app ranked requires a huge marketing spend, which few independent developers can afford.  If you don’t have big money, there’s almost no way today to break into the highly ranked apps without first getting featured by Apple.

From my research, it seems like ranking in the App Store is based on the last 4 days of downloads, with the current day being determinant. Because of this, it’s best to concentrate your marketing efforts on a short period of time if you want to get ranked highly. If you get ranked highly, you’ll get more downloads, creating a virtuous cycle.

Banner ads on the web don’t work that well. Trying to get people on the web to click on banner ads and then download your app to their phone is difficult. You can waste a lot of money this way. Far better to focus on alternative marketing techniques described later in this series.

Lastly, don’t expect to magically be included in the “top 50 apps” in your category of the App Store. It’s highly competitive, and there are so few slots that the chance of you making the top isn’t in your favor. That said, even if you never make it to the top, you can still sell apps through other means, which I’ve outlined in Part 2 of this series.