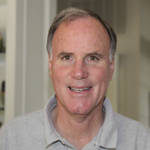 David Lane has, for the past 26 years, created, built and financed information and health care technology companies. During the past 20 years, he has directly managed venture capital funds totaling in excess of $2 Billion.

David was also a Managing Director of Onset Ventures and cofounder of Diamondhead Ventures, where he led the firm’s investments in Danger Inc. (acquired by Microsoft), Entercept Security Technologies (acquired by McAfee), Truviso (acquired by Cisco) and UPEK (acquired by AuthenTec).

Prior to Diamondhead Ventures, David was one of the senior venture capital investment officers at the Harvard Management Company, where he focused on making direct investments in seed to later stage opportunities in the information technology and health care sectors. During his investment career, David has sponsored more than 20 investments in the information technology software, semiconductor and services areas. Some of his prior venture capital investments include: Harmonic, Inc. (IPO), TriQuint Semiconductor (IPO), NexGen (IPO), Viewlogic Systems (IPO) and Harbridge Merchant Services (acquired by First Data Corporation).