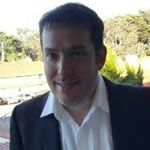 Ed is the founder of hack.summit(), the largest programmer conference (and the largest virtual conference) in history. He also founded the hack.pledge() movement.

Ed leads a syndicate of 100+ investors on AngelList and runs an Open Source syndicate as well.

Prior to this, he was founder & CEO of Ghostfire Games.

Ed was founder & CEO of The Middleware Company, a Java training/consulting company, which he grew over 4 years then sold.