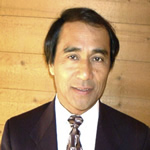 Writer-Director-Marketer, Mr. Tatsuno is a seasoned businessman with over 30 years of experience in the high-tech and urban planning industries.

Trained in novel writing, he began his video career by advising a student on a video class assignment, which won the 1980 PBS Documentary of the Year Award for Survivors about California survivors of the Hiroshima and Nagasaki bombings. During Japan’s heyday in the 1980s, he wrote two business books on Japan, The Technopolis Strategy and Created in Japan, which were optioned, respectively, by Central Independent Television plc of London for Japan Dreaming (1991) and Alvin Perlmutter Inc. of New York for The Creative Spirit 4-hour PBS series (1992).

Since 1991, Mr. Tatsuno has written 12 screenplays and is currently writing two screenplays slated for independent production, as well as brainstorming two new scripts. He is an active member of Film Angels (www.filmangels.org) and the International Institute for Film Financing (www.filmfinancing.org).

In the high-tech industry, Mr. Tatsuno has advised over 700 companies in the U.S., Japan, Asia and Europe while working as a senior analyst at leading market researcher Dataquest/Gartner Group (1982-1989) and his own consulting firm, Dreamscape Global (1989-present). A visionary thinker, Silicon Valley business strategist, and thought leader, Mr. Tatsuno was involved with the early stages of the “Intel Inside” marketing campaign, Nokia’s global strategy planning, AMD’s breakthrough sub-$1000 PC, and Canon’s networked equipment strategy. His strength is helping companies develop breakthrough strategies.  Currently, he is advising a videoconferencing startup and is conducting surveys on medical imaging, solar panels, fuel cells, batteries for electric cars, and smart grids.

Mr. Tatsuno has studied in France and Germany, worked in Caracas, Venezuela and Japan, and traveled on business to Japan, Asia and Europe. He speaks and reads Japanese, Spanish and French. His current activities can be found at www.ryze.com/go/tatsuno