Themes of the Future 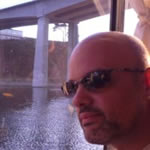 As part of some brainstorming I was doing with a friend raising a new fund, the concept of future trend themes came up. It’s not new, Brad Feld has a whole blog post about this.  However, it got me thinking about the way I look at the future and what themes I see.

So, without further ado, here are my themes:

1. Open is the New Black

There are several historical, societal, technological and political memes that have converged recently to really push the idea of open.  Open as in transparent, responsive and truthful.  These ideas have a long history dating back to the Renaissance, the American and French revolutions, through to modern mass communication, literacy and egalitarianism to open systems, personal PCs, the Internet and open source, to finally end up with revolutions in Tunisia and Egypt – and the demand of consumers for more transparency in environmental impacts.   Through this is a critical thread:

Open wins in the end

Business, governments and organizations that don’t embrace the ideas of transparency, openness and truth will, in the end, loose.  Those that do will emerge winners.  I would note that this is a long term trend.  It’s taken Western societies 400+ years to get to this point and most companies/organizations are not even close to this yet.

2. The Future is Distributed

Right now, we are seeing a great concentration of information, computing power and control in a very small number of companies that are building ever larger data farms.   We’ve been here before, several times.   The most obvious parallel is the mainframe computer (and the estimates that only a few would meet all future computing requirements) and broadcast television.   Both have been disrupted by the introduction of systems that pushed capabilities into the hands of endusers, the PC and YouTube.   The whole ‘cloud’ trend that permeates current tech circles is not really ‘cloud’ at all since most of the underlying systems are concentrated in datacenters.   The key trends I see disrupting this are ubiquitous bandwidth, portable renewable power, high-performance mobile computing.   In then end, the traditional datacenter will probably fade away and:

Distributed computing will be the new cloud

Companies that are focused on delivering ‘cloud’ anything without actually detaching themselves from the datacenter will experience problems in the next 5-10 years.  The winners will be those that discover and exploit technologies which enable this distribution.

Steve Blank recently said that entrepreneurs are artists, something which I largely agree with but would take one step further.  If innovation is about challenging and disrupting existing technology and business paradigms, then the equivalent in the social, cultural and political sphere is artists.   In fact, Renaissance rulers understood this very well and were huge patrons of artists, even ones challenging their historical legacy.  There is an important lesson here, one which is largely lost in the sterile tech world (and even more so in large businesses).  Innovation does not usually come from people with a string of degrees in white coats, it usually comes from the rebels, the people who refuse to follow the status quo, the artists – or, as my wife referrers to them: “the people with the blue hair”.  A fundamental precept here is that:

Innovation comes from those that are swimming against the status quo

There are probably quite a lot of missed opportunities, both at the venture and enterprise level, because people propose things that don’t fit into the generally accepted worldview.   Seeking out those radical thoughts is more likely to yield results, particularly when society’s speed is accelerating. Surprisingly, Silicon Valley is particularly bad at cultivating truly radical thinking, quite a few people believe that all the diversity they need can be found in their “Stanford network”.   However, Harvard discovered this was a fallacy when they published their top 50 CEO list and only 14 had MBAs…

This is something I’ve believed in for quite some time.  It’s the idea that we are moving to a world where mass customization is not just possible, it’s also the default.   This already happens when you order certain items online (iPhone, custom Nikes, etc), but I think it’s an accelerating trend.   Not only that, but the technology that makes this possible is getting ever cheaper, leading to a multiplicity of producers.  The side effect of this is a vastly more distributed manufacturing base and a lot more emphasis niches.  It’s the long tail played out in physical goods.  This trend is already in full swing and has really come to the fore in the 6 years since I first started talking about it.  Websites like Etsy and ShapeWays, not to mention the whole MakerBot phenomen are expressions of this.   But it’s also impacting much larger systems – I know one guy who machines F15 parts in his garage, something he can do as sophisticated machinery is now the price of a car instead of the price of two houses.   In some ways it harkens back to my second theme – The Future is Distributed -but it has one major point:

Mass customization will move production closer to the customer

Sure, we’ll still have a lot of heavily mass produced, generic stuff, but people also want personal things that reflect them, things that have stories and histories they can relate to.   And there are a whole new generation of technologies which are enabling this.

Of course, these are all my random musings, but they’ve been guiding some early-stage investments I’ve made in the recent past and some of the work I’m doing with non-profits.