Can I simply abandon a California corp?

Can I simply abandon a California corp and leave it blowing in the wind? I started a company a while back, and it didn’t work out. Since then, I’ve moved on to another profitable venture. Instead of bothering to close down the old company, can I simply abandon it. What will happen? Am I liable for anything like taxes? 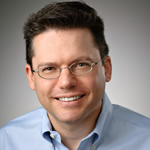 First, a quick caveat: I’m not your lawyer and this answer doesn’t establish an lawyer-client relationship. I’m giving a generic answer to a generic question to educate the users of this site.

The most important qualification of the above is that it’s only true if you haven’t and don’t plan to take any assets out of the corporation. This includes not only cash, but also property (e.g. IP), so be careful. If you drain assets out of the corporation and then leave it to twist in the wind, you will often be personally liable up to the amount of whatever you took out. So if there’s anything left in the corporation that you want, or if you took anything out while you were using it, you should go to a tax professional to assess the situation.

Another important qualification is that you absolutely cannot use the corporation for anything once it is suspended and it would be better not to use it for anything before that happens. If you’re going to abandon it, abandon it completely. Don’t look back!

Good luck with the new venture! Let’s hope it pays a lot more in California franchise tax than the old one owes. As my father always said, if you’re paying income taxes, you’re usually making money.