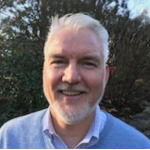 Brent Keltner has joined Founders Space as a mentor. He is President of Winalytics and created the company’s value-driven growth methodology. Winalytics helps client reach their top growth potential by consistently positioning and qualifying around buyer value in go-to-market and sales execution strategies.

Prior to starting Winalytics, Brent spent 10 years as a revenue leader in enterprise to early stage companies at Kaplan, Eduventures, and CollegiateLink and 10 years as a Ph.D. social scientist at Stanford and the RAND Corporation. Brent lives in Boston’s West End with his wife Ann-Marie, son John Henry, and daughter Anna. When not at work, he enjoys the practice of Uechi Ryu Karate