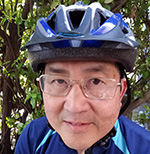 Larry Wang joined Founders Space as a mentor. He is the CTO of Information and Communications Labs with 1000 researchers for ICT technologies in Taiwan. This is a NGO research institute that works closely with the industry. He was also the founding CEO of Taiwan Innovation and Entrepreneurship Center which helped bring the best startups from Taiwan to Silicon Valley.

In the last 4 years, Larry has mentored over 100 startups (the majority in the seed and pre-seed stages) both in Silicon Valley and Taiwan, with 1/3 of the companies successfully raising funds. Based on his own personal entrepreneurial experience, he has mentored startups independently as well as in collaboration with tier-one accelerators in Silicon Valley. He places a strong emphasis on building a viable business model and gaining business traction. He is also keen on international collaborations, especially across the Pacific, and he works with many international startups.

Larry was the co-founder & CTO of EiC Corp., a Silicon Valley startup in wireless communications. EiC served many tier-one customers such as Ericsson, Huawei, Andrew, Nortel, and ZTE. He also led technical marketing and sales. EiC was later acquired by WJ Communications where he was responsible for the advanced product line. In addition to product development and marketing responsibilities, he also participated in M&A negotiations.

Larry started his career as a researcher. He received his PhD in EECS from UC Berkeley. He worked at Raytheon and Rockwell; then went onto research for the DARPA project. This led to his first startup, EiC.