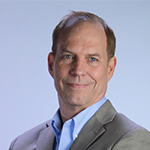 Steve Austin is a 25-year veteran of Silicon Valley and instructor coach at Founders Space.

Steve is a serial entrepreneur. He has developed and launched a dozen high-tech products for making computer chips and enterprise billing. His teams sold several hundred million dollars of these products. He has been the CEO, MD, and VP International Sales and Marketing. Steve has managed global operations including personally making $100s of millions in B2B sales.

Steve has worked with over 2,500 startups—giving him a unique insight into their success patterns. Hundreds of startups have raised funds and scaled up after attending his workshops.

Steve has presented workshops in Silicon Valley, San Francisco and around the world. He has spoken at Conferences at Tsinghua, Geju and SUES Universities in China and at accelerators in Austria, Korea and Turkey.

Steve has a BS in Finance and a major in Chemistry. He plays guitar and hikes for fun.